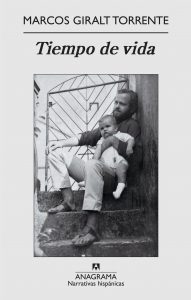 «Part homage, part indictment and more critical than elegiac, it is a searing cry of love. What elevates Father and Son is Torrente's exploration of the nature of father-son expectations in general — and his in particular. Above and beyond its intellectual and literary merits, Father and Son moves us because of Torrente's passion.» Heller McAlpin, NPR

«In swift, compelling paragraphs, this slim volume accomplishes what autobiography often cannot: an intimate portrait of two individuals, infused with a solemnity and candor. This debut memoir solidifies Giralt Torrente’s multitalented arrival onto the US literary scene.» Diego Báez, Booklist

«Giralt Torrente writes about the complicated relationship he had with his distant father. Silent and angry at his father’s absence after his parents divorce when he was very young, Torrente finds closure as the two move toward reconciliation in the months before his father’s death from cancer. One of Spain’s foremost writers asks: how can you write about those who mean the most to you?» Louisa Emelino, Publisher’s Weekly

«A provocative memoir about coming to terms with not only the life and death of the author's father, but also with writing about it as honestly as possible (…) Unsentimental and unflinching, the book is also about a son's love for his father and about the time lost to tension and estrangement that he wishes he had back. A short memoir that moves readers on multiple levels.» Kirkus, starred review

«The three titles of Marcos Giralt Torrente that we have in English (Paris, Father and Son and The End of Love) establish him as a formidable interpreter of those tiny moments that define our relationships. His skillful manipulation of time, his careful use of compression, and his intuitive grasp of how we form the stories that define our lives are worthy of close attention.» Scott Esposito, Barnes and Noble

“A work that does not shy away from the harsh truths or rely on meaningless ploys. Its tremendous intellectual, emotional and sentimental force raises it to lofty heights. This is an exceptional book, not only because of its humanity or confessional courage, which gives new meaning to the word intense, but also as an exercise in atonement.  The story is exceptional for it lives and breathes and has the ring of truth.” Ana Rodríguez Fischer, Internazionale

“An alluring example of how personal experience can contain the universal. […]For the novel’s great strength, much like that of great literature in general, is its universality, its ability to speak of the whole by taking intimate, private experiences as its starting point.”Alessandro Marongiu, La Nuova Sardegna

“Giralt Torrente is seen in Spain as a writer who ploughs the same furrow as Javier Marías and Enrique Vila-Matas: not a plot-spinner, but rather a prose stylist who treads the fine line between the experiences of his characters and a worldview, autobiografical fiction in novel form. […] In a prose style that testifies to the disarray of times gone by, the Spanish writer rather turns to repetition and contradiction, distraction and omission, figures in movement and the wrinkles and folds we seek to hide.”Elisabetta Rasy, Domenica 24 ore

“The dazzlingly beautiful autobiographical work Tiempo de Vidahas picked up the Strega Europeo Award (…) Despite the bitterness, Giralt Torrente’s writing is never sneering, it does not fall prey to anxiety or a thirst for vengeance. Tiempo de Vida takes flight at the moment of loss of conjugal and father-son love. But, in the end, through autobiography and the written word, Marcos ultimately triumphs over suffering and rage to make peace with the father figure.” Mirella Serri, La Stampa

“A non-fiction book that draws on the tricks of the novelist’s trade, weaving together subjects and structures that break free of convention and literary labels.” Winston Manrique, El País

“A startling, fascinating piece of fiction without invention. A strangely moving story about the death of the father.” Enrique Vila-Matas, Babelia, El País

«In Tiempo de vida, Marcos Giralt Torrente explores and charts, with peerless skill, the map of a universal experience (as Joan Didion points out, “the details will be different, but it will happen to you”) while at the same time writing an instructions manual on how to live to tell the tale.  At the risk of sounding foolish, I would simply add that the imperfect agony and the inevitable death of a loved one seem to offer up some degree of redemptive consolation and even a timeless reason to carry on if they can at least be held responsible for the creation of a book as perfect and essential as this one.” Rodrigo Fresán

“A touching book that makes no concession to sentiment or the settling of old scores. A portrait of a father and artist, sketched by his son, with exquisite grace and bravery.” Ángeles López, recommended as a holiday read by La Vanguardia

“Without doubt, the most affecting book I have read in quite some time.” Ignacio Martínez de Pisón

“Loss makes way for reconciliation in a heart-rending meditation on the painful collusion between fiction and life. An unforgettable book.” Pedro Zarraluki

“A heart-stoppingly beautiful, enthralling and courageous work, in which the author recounts his awkward and loving relationship with his father, the painter Juan Giralt, who passed away three years ago. Make no mistake, this universal tale of father and son relations is one that speaks to the reader’s conscience, heart and soul.” Óscar López, El Periódico

«An excellent book, a great life lesson.» A. Caballé, ABC

«Beautiful, elegant, brave and damn well written, with heart and soul in each grammatical sentence.» A. López, Qué Leer

“Tiempo de vida is a luminous portrait of the reconciliation of a son with his father.” Maribel Marín Yarza, El País

(Father and Son) Beautifully translated by Natasha Wimmer, the award-winning translator of Roberto Bolaño, and as lyrical and clear-eyed on mourning as Joan Didion’s The Year of Magical Thinking, Father and Son is an uncommonly gripping memoir by an uncommonly talented writer.

Many authors have wrestled with the death of a father in their writing, but few have grappled with the subject as fiercely, or as powerfully, as the brilliant Spanish writer Marcos Giralt Torrente does in Father and Son, the mesmerizing and discomfiting memoir that won him Spain’s highest literary award, the Spanish National Book Award. Giralt Torrente is best known for his fiction, but it is in this often savage memoir that he demonstrates the full measure of his gifts.

In the months following his father’s death from cancer, Giralt Torrente could not write—until he began to write about his father. In many ways, they were strangers to each other; after his parents’ relationship ended, when he was quite young, Giralt Torrente’s father remained in contact with him but held himself at a distance. Silences began to linger, prompted by Giralt Torrente’s anger at his father’s lies and absences and perpetuated by their inability to speak about the sources of the conflicts between them. But despite their differences, they had a strong bond, and in the months leading up to his father’s death from cancer, they groped toward reconciliation. Here the author commits to exploring it all, sparing neither his father nor himself, conscious of their flaws but also understanding of them. Weaving together history and personal narrative, Giralt Torrente crafts a startlingly honest account of a complex relationship, and an indelible portrait of both father and son.