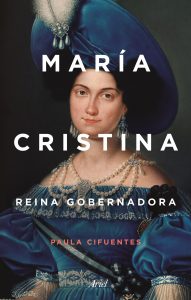 Whoever said governments overseen by women were more peaceful was wrong. Maria Christina, the last wife of Fernando VII, was the queen with the greatest thirst for power Spain has likely ever known. Her presence didn’t pass unobserved. She was equally loved and hated among all those who knew her. She conspired, stole, was exiled twice, and never lost the chance to get her piece of any lucrative undertaking. She grabbed power with an iron fist, even from a distance. And when they finally allowed her to return to Spain, they did so with the condition than she not take up residence in the peninsula. This narrative biography recreates for the first time the tumultuous life of a woman who governed with no concessions to the image of the compassionate, honorable, and submissive queen.

Was she really such a bad mother and wife?

Was she really the origin of Spain’s endemic corruption, as people say?

Or was she a victim of broader power struggles?