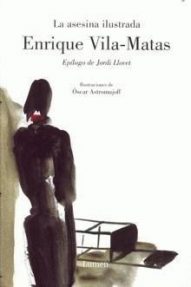 «One of the most disturbing texts in the last years.» M. Ordóñez, Fotogramas

(An Enlightened Murderess) This mesmerizing and mysterious book was written in 1975 while Enrique Vila-Matas was living in Paris. It was there he discovered that, in that same city, Unamuno had once come up with the idea of writing a «criminal» novel – a book that would kill its readers. When Vila-Matas told his plans to Marguerite Duras, who was then his landlady, she tried to talk him out of it by telling him such an «achievement» could only be attained in the realm of fiction. Published in 1977, An Enlightened Murderess was the surprising first novel by Enrique Vila-Matas and earned him unanimous recognition as a promising talent.