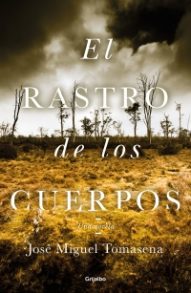 A powerful novel about violence and impunity in Mexico, but also about parents’ love for their children, their wish to make a difference, and their longing for justice.

When the newspaper she works for is thrown into crisis, journalist Tania Vázquez decides to go it alone and make a documentary about los desaparecidos. In the process, she meets many people whose lives have been marked by the disappearance of family members. They include Doña Gaby, whose daughter Marilyn was kidnapped for a one hundred thousand peso ransom, and Magdalena Chávez who has lost three children and sets out to discover their whereabouts.

These two mothers – and all who seek their loved ones in morgues, barracks, hospitals and unmarked graves – are characters that come to life through Tania’s recordings and her boyfriend’s commentary. Documenting the struggles of these women will have consequences the pair could never have anticipated ...

With consummate skill and in a clever game of mirrors, José Miguel Tomasena paints a picture of brutality and injustice from the point of view of the victims, whether they’re the inhabitants of an area devastated by the illegal drugs trade who face daily persecution or journalists intimidated by local gang lords so that they won’t investigate disappearances they want forgotten.

“The people left behind, the survivors, ask where the ‘disappeared’ have gone, but above all they torment themselves by thinking about what they might have done differently, where they failed, whether there was a chance of saving them, how they could have changed the way things turned out. Tracing the Bodies is the stark account of their losses, a moral and ethical exploration about guilt and responsibility and the fine line between heroism and dangerous recklessness. This is a magnificent novel that I hope one day, in a peaceful future, we’ll be able to read as though it were a thriller or a tremendous piece of crime fiction – once we’ve overcome the epidemic of violence ravaging our country.” Juan Pablo Villalobos