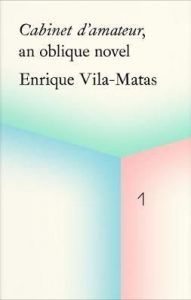 The first of four special publications to accompany a year-long display of works from Barcelona's `la Caixa' Collection at Whitechapel Gallery, selected by and featuring newlycommissioned fictional works by some of the most original English and Spanish-language writers working today. Established in Barcelona in 1985 by Fundacion `la Caixa', the `la Caixa' Collection of Contemporary Art features over 1,000 works of international contemporary art from the last 30 years, including artists such as Antoni Tapies, Joseph Beuys, Cornelia Parker and Doris Salcedo. For a major four-part display running from 2019-20, Whitechapel Gallery has partnered with `la Caixa' Collection to showcase key pieces from the Collection, with each of the four `chapters' curated by a contemporary writer, who will also contribute a brand new work of fiction in response to their selection. Each display will be accompanied by a fullyillustrated catalogue featuring the works displayed and the new text, accompanied by a foreword and introduction from both institutions. The first chapter, on display in Spring 2019, will be selected by the award-winning Spanish novelist Enrique Vila-Matas (b. Barcelona, 1948; lives and works in Barcelona), who has been described by The New Yorker as `arguably Spain's most significant contemporary literary figure'. His work is often described as metafiction, a form of writing frequently used to examine the relationship between art and life. Vila-Matas' books include Because She Never Asked (2015, originally written for Sophie Calle), The Illogic of Kassel (2014), Dublinesque (2010) and Bartleby & Co (2000), and his new book, titled Mac y su contratiempo (Mac's Problem) will be released in English in April 2019, coinciding with the display at Whitechapel Gallery. Vila-Matas has selected works by Dominique Gonzalez-Foerster, Miquel Barcelo, Dora Garcia, Carlos Pazos and Gerhard Richter.