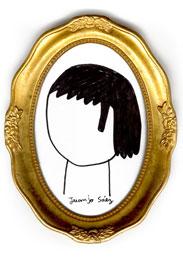 Juanjo Sáez  (Barcelona, 1972) is a professional cartoonist. After studying art and design, he wrote and illustrated several advertising campaigns for various international brands, such as Nike, Perrier, Converse or Vodafone / Lowi. He is also a regular contributor to various newspapers and magazines, as well as radio.

He is the creator of two animated TV series for adults so far: Arròs covat (winner of an Ondas TV Prize 2010) and Heavies tendres, both with his characteristic sense of humor and tenderness.

His latest published work is the graphic novel For my Loved Ones (Temas de Hoy, 2021), his most personal one.