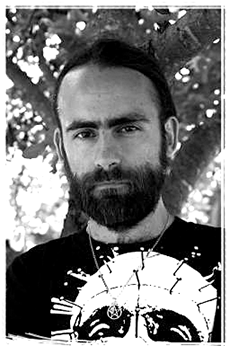 Juan Cuadra Pérez (Málaga, 1978) is a teacher of Spanish language and literature. For ten years he was a translator of Dungeons & Dragons rol-playing game books. Eventually he decided to devote that time to write his own fantasy and horror literature, linking it to his interest in magic and modern neo-pagan religions.

The first two instalments were published by Fantascy in 2014 and 2015, respectively.