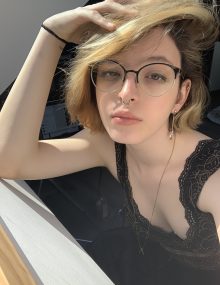 In 2020 she published Reina (PRH-Caballo de Troya), the first memoirs in Spain by a woman from Generation Z, as well as Exception (Letraversal), a long poem about the streets on fire.